Today we’re joined by Clayton Snyder, author of The Obsidian Psalm, and the Thieves’ Lyric and The Balance series. Keep scrolling to read more about his thoughts on self-publishing, inspirations, and a few under-appreciated novels he thinks you should check out. There’s also an international giveaway for a physical copy of his novel, The Obsidian Psalm! 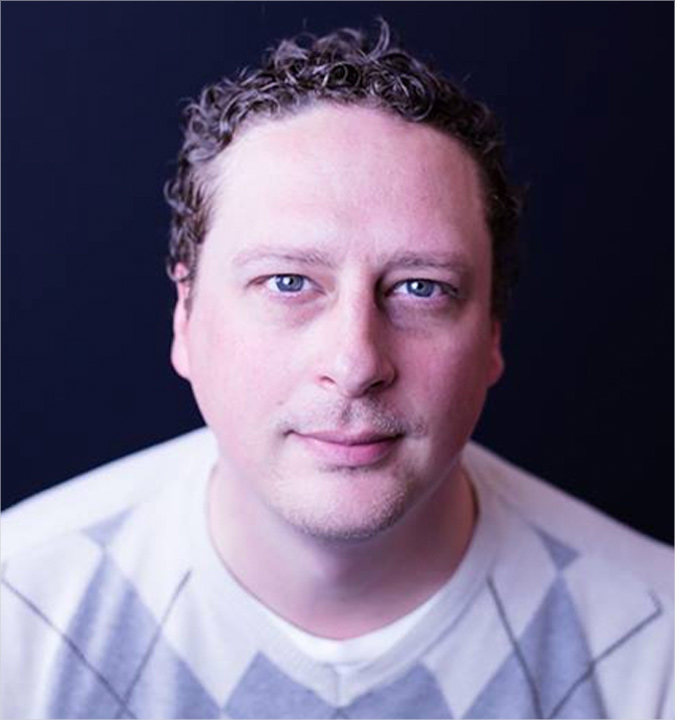 Clayton began reading the Brothers Grimm, Hans Christian Anderson, Madeline L’Engle, and others, at an early age. It ignited a love of the odd, the darkly funny, and the magical in him that never left. Over the past few years, he’s published several short stories with various magazines, and three novels with small presses. When he’s not telling stories, he works as a systems administrator for a game retailer. In his off time, he games, he cooks, and he attempts to play guitar. He currently lives in North Dakota with his wife, two dogs, and a cat that insists it’s the other way around.

Creamy nougat, smothered in chocolate, then beat with an oar. Conversely: Mediocre author with OCD and a ravenous hunger for pizza.

I typically find inspiration from a wide array of sources. Movies, comics, music, TV, books, art, poetry, even comedy. If it’s art, and sparks an idea, I usually have to get to work, or it burns in my brain until I’m more insane than normal. As far as specific influences, I’d say the majors are T.S. Eliot, Anna Smith Spark, Sarah Chorn, Michael R Fletcher, Walt Whitman, Elizabeth Barrett Browning, and Roger Zelazny. I really love poets and poetic writing. To me, poets are the impressionists of the lit world.

I’ve learned from each. From the poets; describing a door (or any object) doesn’t have to be bare-bones. It can be all the lives that have passed through that door, and the impressions left behind. From Anna, Sarah, and Michael, I learned fiction doesn’t have to fit in a box of storytelling preconception and narrative trope. You can write broken narratives, insane protagonists, deep emotion, and modern epics. And from Zelazny, I learned that the world isn’t just these things in our experience. It’s everything we can imagine, large or small, and anything that’s never existed.

I love the freedom. I get to make every decision in my career, and I have as much control as I want. On the flipside, I hate having so much freedom. No deadlines, no real obligation to promote, no one to hold me accountable other than me. That’s a dangerous bag.

I suppose if I had to mark myself good at one thing, it’s crafting stories no one expects. They’re weird and unpredictable, and you generally know if you’re picking up one of my books, you’re in for a ride. As far as struggle, I’d say the budgetary side of things. Covers and editing and marketing—I don’t really have the sort of discretionary budget for this sort of thing, so I typically have to work twice as hard to get noticed.

But I’ll tell you one more thing I really, really love about self-publishing. The community. I don’t think I’ve ever met a more welcoming, kinder group of people in my life. Sure, we have our small issues. But what family doesn’t? And really, self-publishing is just that. One giant family with really terrifying imaginations.

Oh boy. The Process. Sounds like the sort of thing they subject you to in a clean room, and you come out loving Kenny G and the taste of raw butter. I can’t say there’s anything fancy or special I do. I sit down, every night for two hours, and go to work. Sometimes it goes well, sometimes not so much. But putting the work in is the thing. When it goes well, I generally hit 1500-2000 words a night. When it’s not, anywhere from 300-700. Aside from that, my small rituals are something familiar on TV—so I can have white noise in the room—and once in a while, I’ll build a playlist that helps me focus on a character or a scene.

Ah, this is a hard one. Because ‘good’ is entirely subjective, right? Some people enjoy chocolate, some people like being slapped with a fish. Anyway. For me, a good story usually revolves around character. Plot is secondary. But I can tolerate a mediocre world and a semi-predictable plot if the characters are amazing.

The most obvious is Amazon. I mean, you can’t really reach that kind of audience outside of their platform. BookBub would be the second, providing you can shell out the cash. But those aside, I’d say Twitter. Networking, shitposting, shilling, incoherent rage, drama—it’s really got it all.

Under-appreciated? I think that’s all I read. Can I do a couple? I’m doing a couple.

Anything by Michael Fletcher. The man is a machine and has yet to turn out a bad book.

The Eric Carter series from Stephen Blackmoore. Every time I see an urban fantasy request thread, this series is sadly overlooked. It’s an urban fantasy noir with modern sensibilities, set in in L.A. and follows a necromancer. What’s not to like?

I’m just kind of repeating myself here, but the characters. Always the characters. The plot is just something that happens to people. I’m much more interested in the results of people happening to the plot.

Yes, I am clearly a moron with a god complex.

People knowing who I am, and not spitting on the ground after my name is mentioned. Really though, making all these friends in the industry, and having them love your books, and loving their books. There’s a thing in the comedy community—there’s always one person who’s the “comedian’s comedian.” Audiences don’t really get their jokes, but other comedians think they’re the funniest thing ever. It’s a sort of meta position. And that would be nice, too.

Enter to win a physical copy of The Obsidian Psalm by Clayton Snyder!
★ International ★