Today we’re joined by Phil Williams, author of the urban fantasy Under Ordshaw series. Keep scrolling to learn more about his inspirations, thoughts on self-publishing, and his daily writing process. And don’t forget to enter to win a physical copy of The City Screams, a novella set in his Ordshaw universe! 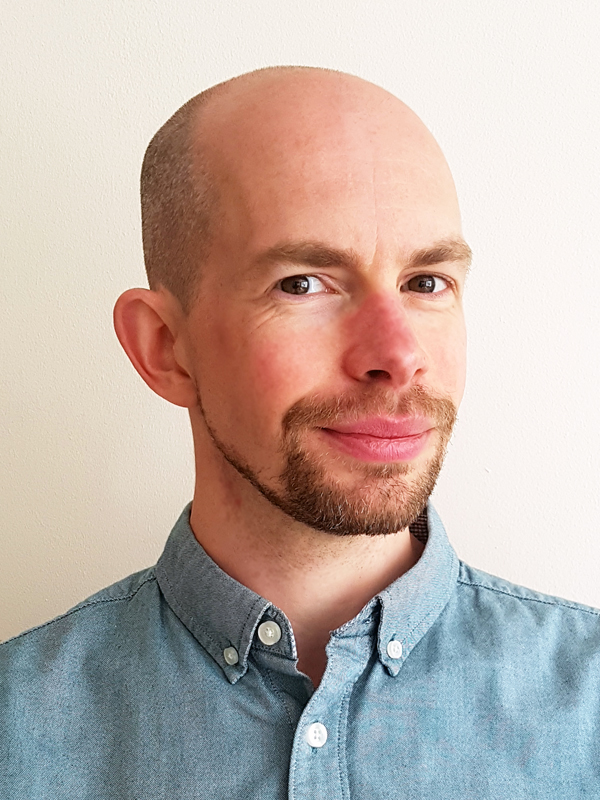 Phil Williams is an author of contemporary fantasy and dystopian fiction, including the Ordshaw urban fantasy thrillers and the dystopian Estalia series. He also writes reference books to help foreign learners master the nuances of English, two of which are regular best-sellers on Kindle.

Phil lives with his wife by the coast in Sussex, UK, and spends a great deal of time walking his impossibly fluffy dog, Herbert.

I have difficulty writing, doing or even accepting normal things.

Other authors tend to inspire me to do better, without necessarily inspiring what I write – and the ones that drove me in formative years were Terry Pratchett, Joseph Heller, George Elliott, Kurt Vonnegut and Mark Twain. A great many have followed; probably the most influential on tightening my craft have been crime writers like Elmore Leonard and Sue Grafton, and screenplay writers like Tarantino, and the writers I’ve been reading over the past few years who make me feel the most inadequate would be Shirley Jackson, Josiah Bancroft and Tade Thompson.

In terms of story, though, I have a condition where I’m liable to see something innocuous and suddenly need to write a whole novel about some warped angle of it. An exchange between people in the street, and idea in the news, an image or, quite often, a piece of music can all inspire a mood. The actual stories tend to evolve from throwing elements together and repeatedly reimagining scenes. Right now I’m piecing together a sort of diesel-punk homage to Michael Collins via the mood of the Black 47 tune “Big Fellah”.

I love having creative control over everything, and the community aspect, that it’s all very much a scrappy, everyone’s clawing about together trying to make it work atmosphere. Like pioneers with less violence or dysentery. I’m less fond of the weight of all that responsibility – marketing is not my favourite, and when you hit bumps in the road things can get really hairy (I had a big hoo-ha with some Russian plagiarists last year, and when Amazon refused to step in quickly discovered how powerless you are alone!).

I’m best when I’m being creative, really; the storytelling, the planning of series through to the editing, book design, my covers (well, I think I’m okay at them…) and general project management. I’m not so good at self-promotion (big surprise, author here) – being deeply aware that I’m always trying to improve with each new project, I find it hard to shout about what I’ve done before.

In normal times, my process would be to write in the mornings and do business-related stuff in the afternoons – so novels till lunchtime, flat out, then blogs, outreach, admin and all that after lunch. I get in the zone by thinking a lot about whatever book I’m working on while I’m not writing, so I’m always ready to get swept along – I don’t set a word count; as long as the story’s moving I’m happy.

This isn’t exactly a consistent routine right now, partly with the pandemic but also because I’m juggling projects, and this year I’ve spent a lot more time on editing and audiobooks than writing itself. On the other hand, when I do get properly stuck into writing a novel it’s likely to flow out of those hours and just kind of happen – I missed a whole morning the other day and somehow discovered I’d still written 5k that day, go figure.

Characters you care about doing things that engage you. I think that covers pretty much everything. I personally like stories to be super tight, and include something a little different, be that aesthetic, plot-wise or merely with interesting characters. I also think a little humour helps a lot.

Oh my – when I found that dusty tome behind the tool shed and whispered the dual goddess names of s’hrida and bollkiliwol, and the scarlet clouds heralded – no wait, like in writing stories? THAT was probably earlier. I started writing stories when I was like 5, and people kind of listened to them, so I always had some idea that stories were special.

Are you a reader, and if so, which book inspired you?

I subscribe to Harlon Ellison’s view that “a writer who writes more than he reads is an amateur”. If I wasn’t reading as much as possible, then I’d feel like I wasn’t learning or improving as much as possible. But I also just love books, and am constantly looking for the ones that really make you sit up and say “Yes! This is exactly it!” I average about 3 books a week right now (audiobooks are helping with that), so I’m getting that feeling quite often, and it’s wonderful.

Books inspire me in plenty of ways, as already mentioned above, but I guess the most important way, which I think I first got reading Catch-22, is when you read something and think ‘Wait, we’re allowed to do that?’ I got that reading the more adult and darkly humoured fantasy of Joe Abercrombie and Glen Cook’s, for example, or from seeing how much people like Martha Wells (in Murderbot) or Roger Zelazny and Shirley Jackson (in, like, everything?) could do is such short spaces. Oh and a big one was seeing Josiah Bancroft raise the standards of what a self-published book could be to something really exceptional.

Do current events affect your writing, or do you try and keep life and your stories separate?

I try to keep things separate but life seeps in. I found a throwaway reference to a Mexican wall in a dystopian novel I wrote about four years ago, set in a future wasteland America, and I’m fairly sure that came through news-osmosis rather than some kind of prescience. Likewise, my Estalia series has all these overarching themes of government misinformation and oppression through uncertainty, which seem rather on point now but were most likely feelings that were building at the time of writing.

If you could have dinner with any three figures from fiction, who would they be and why?

I’ll make this easier on myself and go with some of the most entertaining figures I’ve read recently, and say Gideon the Ninth, Murderbot, and Granny Weatherwax from Discworld. That would surely be worth seeing.

Enter to win a physical copy of The City Screams by Phil Williams!
★ International ★