Today we’re joined by Quenby Olson, author of the Sundered Veil series. She’s also the winner of the 2019 Stabby Award for best short fiction for her story “All Ends” which can be found in the Heroes Wanted anthology. Most recently she’s written a serial Miss Percy’s Pocket Guide (to The Care and feeding of British Dragons). Keep scrolling to read more about her thoughts on self-publishing, her writing process and her inspirations as a writer. Don’t forget to enter the giveaway to win a copy of her novel, The Half Killed! 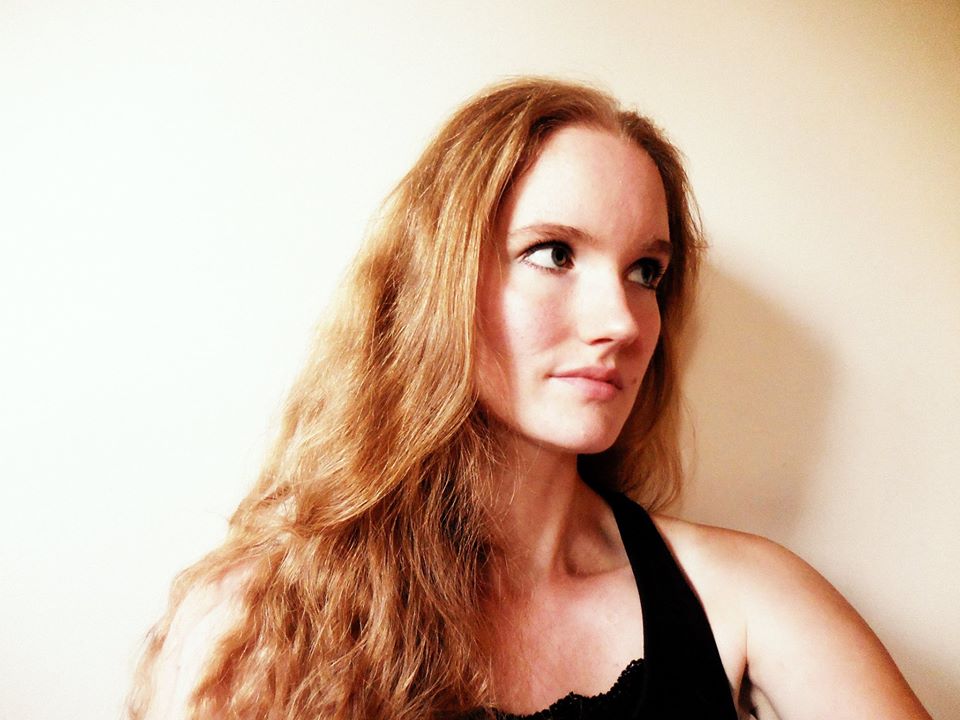 Quenby Olson lives in Central Pennsylvania where she writes, homeschools, glares at baskets of unfolded laundry, and chases the cat off the kitchen counters. After training to be a ballet dancer, she turned towards her love of fiction, penning everything from romance to fantasy, historical to mystery. She spends her days with her husband and children, who do nothing to dampen her love of the outdoors, immersing herself in historical minutiae, and staying up late to watch old episodes of Doctor Who.

What other jobs have you had besides “author” and what did you love/hate about them?

Dancer teacher, and I also worked in a restaurant for a short while. I did not like the restaurant job, as it meant interacting with people regularly and that was a lot of work to keep the awkward at bay. The dancer teacher bit meant interacting with people regularly as well, but it was the same people over and over, and slipping into ‘teacher mode’ meant I could feel a little bit less like myself, so it was easier.

I know that’s a mix, but the details, the humor, the possibilities, the passion presented by all of these authors and works are a huge inspiration for what I attempt to put on the page. I don’t know how well I pull it off, but it’s fun to try.

I do love the freedom of self-publishing and also the speed of it. Trad has that aura of “I finished a book! And you’ll get to read it in two more years…” I also love knowing I can publish something that trad might pass on because it’s not what is currently marketable or what is in style at the moment. On the other hand, self-publishing still has a stigma about it, that since there are no gatekeepers, it must mean that your work is more likely to be… not as good. But there’s the rub: “marketable” does not always mean “good.” And I think we have to keep in mind that chasing after the validation of traditional publishing and earning that tag doesn’t necessarily mean that those works are somehow better than the self-pub titles. It might just mean the publishers believe there’s a market for them. That’s all.

I’ve been dealing with some health issues lately, so most of my writing is done first thing in the morning before anyone else is up. I might be able to fit some in later in the day, when the younger kids are napping, but generally it’s a chunk in the morning, and then little sporadic bits here and there until evening.

And to get in the writing zone? I’m pretty much there, all the time. I think years of raising kids and having them at home with me has trained my mind to be ready to jump back into the story the moment I have a chance to put some words down. It’s all about conditioning yourself to work a certain way to suit the needs of your household and the current world.

If you could set up your perfect writing space what would it look like?

There has to be something that pulls in the reader, that holds them there. It’s a thing that’s difficult to describe, but I think when the author’s passion comes through, their honesty, it bleeds into the story and makes it impossible to resist.

When I was a kid, and I was bullied, and I realized that I was trying to shape my life around what others said about me, what they said to me. That was when I realized words and language had a power as strong as a spell. Or a curse.

Characters. Sometimes I’ll fool myself into believing it’s the plot that shows up first, but when I really think about it’s always their voices in my head, luring me into writing their story.

And finally, name an under-appreciated novel that you love. Let us know why we should check it out.

I’m going to shine a light on Fortune’s Fool by Angela Boord (big, epic, and yet so wonderfully close to the characters) and Half a Soul by Olivia Atwater (charming, delightful historical-esque fantasy.) If you need something to read and you haven’t checked them out yet, what are you waiting for???

Enter to win a physical copy of The Half Killed by Quenby Olson!
★ International ★