Today we’re joined by Travis M. Riddle, author of the Ustlian Tales series and The Narrows. I first discovered Travis’ writing when Balam, Spring was a SPFBO entrant. That slice of life tale drew me in with unique, Final Fantasy-esque world building, including fascinating races. After that I moved on to his portal fantasy, Wondrous, which reads something like a modern The Neverending Story. After that, his books became an auto-buy for me, and I always look forward to his next release. Keep scrolling to learn more about his inspirations, writing process, and his thoughts on self-publishing! ~Calvin 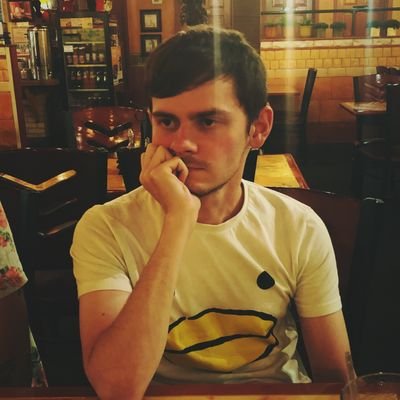 Travis M. Riddle lives with his pooch in Austin, TX, where he earned his bachelor’s degree in English Writing & Rhetoric at St. Edward’s University. His work has been published in award-winning literary journal the Sorin Oak Review. He is the author of such works as Balam, Spring and The Narrows, which Publishers Weekly praised for its “intricate worldbuilding and familiar but strong narrative arc.”

Idiot trying to write stories that people can relate to.

My biggest influence tends to be video games. They provide me with a lot of visual inspiration that I like to take into my work, like the world of Final Fantasy IX inspiring the world my novels Balam, Spring and Spit and Song take place in, or some of the creatures in Bloodborne inspiring some stuff in The Narrows. There are really just a lot of scenarios in video games and films that I feel like we don’t really see in novels, so taking inspiration from there helps me feel like I’m crafting something unique. For instance, there are elements in my upcoming book–which is 100% high fantasy sort of stuff–that are inspired by both the Yakuza game series and Final Fantasy VII.

I like being able to do everything according to my own schedule, and not having to worry about what sort of stories sell (although maybe I should be more concerned about that). An idea I have coming down the pipeline in the future is truly bizarre and possibly unmarketable but it also seems like it’ll be a ton of fun to write, so I’m glad I can pursue that. But I also hate…well, frankly, having to pay for everything. All the artwork, the editing, the ads, every part of it, without even the mildest guarantee that the money will be made back. It’s hard to break even, let alone make a profit. And as I’m sure many others will say, getting eyes on your book is probably the toughest part of this venture. And even if people learn about it, bringing them one step further to buying it is a whole other ordeal, especially when you’re trying to sell them something weird like a flower-person and a frog/slug-person gallivanting through the desert looking for an ancient book. It’s hard for people to take a chance and spend their time/money on something from an author they’ve never heard of, with a story that is so far outside their comfort zone as well.

Ever since lockdown started, I’ve actually kept a consistent writing schedule, which was definitely not my style before. Every weekday now I sit down and write a chapter of my new book, so generally 3,000-4,000 words, give or take a thousand. I always try to finish by noon, but sometimes I have to dive back in and wrap things up after lunchtime. My goal is “write a chapter” rather than to write a specific number of words or certain number of hours. I like to get a complete thought down for the day, basically.

Compelling characters and unique worlds. I don’t need to relate to a character, necessarily, but I at least need them to be interesting to get invested in the story I’m reading. And a unique backdrop for their story is always a plus. More and more I find myself searching out really weird, different worldbuilding that I haven’t seen before. Stuff like Josiah Bancroft’s Books of Babel, Tade Thompson’s Wormwood trilogy, or John Bierce’s Mage Errant series. N.K. Jemisin’s Broken Earth trilogy is also coming up on my TBR soon too, because I always hear how fascinating the worldbuilding in that one is.

Actually the first thing that comes to mind are graphic novels from Evan Dahm. Rice Boy and the first three volumes of Vattu (I’m waiting for the fourth to be complete and released in paperback rather than reading it online) are some of the best pieces of fantasy I’ve read recently, but I don’t think I have ever seen him mentioned in online discussions. His artwork is so surreal and beautiful, full of vibrant colors and bizarre, unique landscapes and architecture. His character work is great, too, with all his stories being filled with strange, fun creatures. He also packs a lot of implicit worldbuilding into every panel; he doesn’t over-explain things, rather leaving it up to the reader to fill in blanks about the world, and yet it all feels rich and fully-realized. I’ve been feeling very inspired by Dahm’s work lately.

What comes first for you, character, plot, or setting?

Despite how character-driven people (myself included) say my books are, the plot always comes first. My stuff always starts with ideas or setpieces that I think are cool, and I figure out some sort of storyline to incorporate them all together. From there I sort of organically start to feel out what the setting should be like, what types of characters would be embroiled in this scenario, and what themes I’m trying to address in the piece. Usually when the theme clicks, it fits perfectly into the plot and I think “Oh, I was subconsciously going for this the whole time. Neat.”

I think it’s done a lot to filter out the types of books I don’t want to read. Deciding what’s interesting for me to write about has directly translated to what I find interesting to read, and now I’ll pull up a blurb for a book and if there’s even one element in the first paragraph that sounds too generic or boring to me I’ll just close the tab despite any acclaim it’s gotten. Give me the weird stuff!

Probably the crew from The Narrows (excluding Oliver since he’s too much like me). I loved writing those characters, and I love Waffle House as much as they all do, so I’d enjoy getting a bite to eat with them there and playing Davontae’s video game.

Is it cheating to say sci-fi since it can share so many similarities with fantasy? I love space opera stories that are full of different alien races (which should be no surprise if you’ve read my books), so writing that sort of thing would be fun. But I always feel like if you write sci-fi you have to also be knowledgeable about tech and stuff so that you can believably write about guns and spaceships and screens or whatever and I’m a huge idiot so it feels beyond me.