Review: Birth of the Dawnhawk by Z. Apollo and M. J. Northwood

“I am not a weapon. I’m myself. Just as you are yourself. We make our own choices.”

Birth of the Dawnhawk is the first installment in The Blessed series, an epic fantasy adventure co-penned by authors Z. Apollo and M. J. Northwood. The journey readers embark on is a gripping tale of vengeance fueled by determination as a result of a loss so profound. It highlights the importance of solidarity and found family when forced to stare into the abyss of irreparable heartbreak. While we’re taken along on this quest of retribution, an ancient evil lies in wait to begin its onslaught of destruction, one that can only be stopped with a united front. A world infused with alluring magic, imaginative settings vividly portrayed, and an overarching plot with a ton of potential, Birth of the Dawkhawk is a seamless and earnest collaboration of minds, and a solid foundation for a debut fantasy series.

Of the many aspects of this book to be praised, the world itself rests comfortably at the top of the list. We spend quite a bit of time traveling the continent of Amasia, and it is chock full of beautifully portrayed, inventive, and memorable landmarks. The whimsical settings we’re introduced to immerse us completely in another place and time, causing us to feel, rather than read. You can feel the warm winds traversing the districts of the desert city of Hassun. You can feel winter’s bite as you trudge through the graveyard as slumbering stone golems awaken to battle atop storm-wracked mountains. You can feel the reverberations of the mobile city of Garstadar as it emerges from the dark, endless depths. Weaving throughout all the reaches is magic that builds a web of connections for all life, allowing its wielders to shape natural elements. Everything constructed with a stunning level of creativity, this is a world that has much to be discovered, and I need to know more.

“Take comfort in knowing we are all alone together.”

This tale is led by a diverse cast of carefully crafted characters of all walks of life, each exhibiting a distinct set of personality traits, but all wielding immeasurable power. Apollo and Northwood present us with a collective group of Blessed (and one almost-immortal priestess), all destined to protect their world when the all-consuming Insanity awakens. Whether they’re crippled by anxiety, dutiful yet arrogant, loyal to a fault, mistreated and misunderstood, or quirky and enigmatic, they each have an important role that will shape the future. While nicely defined, I did find it difficult to connect and become invested in the majority of these characters, at times feeling as though more focus was on the journey than those taking it. However, their dynamics and banter were excellent mechanisms to build meaningful relationships. And if you appreciate a variety of intelligent, non-human types, then you’re in for a treat – wolf-like Volgor, lizard-like Drakonian, and the once thought extinct dwarvish Nascon, there’s no shortage of fantastical species populating these pages.

The story itself paves the way for an almost episodic storytelling experience, where a self-contained yarn is presented and concluded within, but an unresolved larger threat lurks in the shadows waiting to rear its ugly head. I personally love these types of tales, where there is a bit of closure that accompanies the cliffhanger ending (which this one does in fact have!). I also found the story to be cohesive and smoothly told, given it was co-authored. However, there were times I felt the flow suffered from intermittent slow pacing, unnecessary exposition, and incomplete concepts. I needed both more and less – to find that balance between what I need and what is potentially inconsequential. Told in simple prose to shine a spotlight on the desires and interactions of the characters, the story is an easy one to follow, but I did find misplaced adjective and adverbs to be distracting. Regardless of its flaws, I thoroughly enjoyed making my way to climactic showdown, which in my opinion was its shining moment.

Birth of the Dawnhawk is a strong and enticing cornerstone of The Blessed series, a wonderful bedrock for what’s surely to come. This book immediately caught my attention when I saw it as an entrant for this year’s SPFBO, and I’m thrilled I’ve gotten the chance to give it a read. I’m excited to see where Apollo and Northwood take us next, because I know there’s much more to be unearthed along our journey. If you’re on the hunt for a fantastical story filled with mysteries to be solved and family to be found, then I suggest you give this one a try.

Energy binds everyone in the great continent of Amasia. That’s what the most religious would have people believe. Energy can be shaped. Energy can be destroyed. Many in the world have the ability to energy shape, controlling the elements around them in any way they see fit. However, only five are Blessed with unique power. The power to defeat Insanity.

For over a 1000 years the Mother’s Blessing has watched over Amasia, entrapping the Insanity, as it’s passed down from generation to generation in the form of the Blessed. They’re powerful. They’re impossible, and they’re the world’s only hope.

It was said that there would be five at one time with remarkable powers that would one day come together and save the world from Insanity. Throughout history there had been many famous individuals all over the continent with the marking to show their Blessing, whether they were an immortal of the High Vilmar or a Drakonian on the Birthing Isles. These Blessings passed down from generation to generation, never truly being used for their purpose, until now.

Birth Of A Dawnhawk is centred around Avila Dawnhawk, the famous daughter to the ruler of the sacred city Hassun. The soft-hearted princess is returning home from her years of studying and training in the mountains to attend her younger brother prince Azai’s royal energy-binding.

Avilas Blessing had given her amazing abilities but with these abilities came a world of responsibilities. All the responsibilities that were thrust upon her came from beliefs long passed through the generations. Beliefs that the people gifted with this power would need to protect all life someday from the eternal threat of Insanity.

Living in a world where people could shape the very essence of their environment would have been treacherous for anyone with this power as many thought it could be harnessed or even harvested, as Avila would soon come to find out.

On the night of the energy binding Avila is unable to sleep and instead takes a walk through the palace following the shrill calls of her family’s ageing pet dawnhawk. What she discovers will forever change the course of her life. After a joyous occasion turns into a treacherous night of bloody betrayal, her life would never be the same again.

With the hopes of generations of people on her shoulders and with Insanity beginning to take root in the world once again, corrupting the hearts and minds of the innocent, will Avila Dawnhawk soar when she leaves the nest and follow her destiny? Or will she be grounded by a fear of flight? 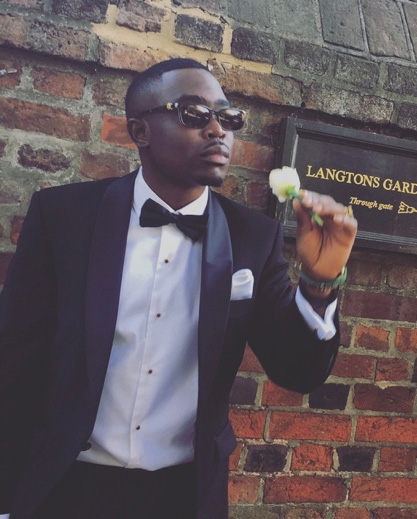 Z. Apollo’s love for creation and storytelling go back to when he was at school studying English Lit/Lan, Music and History, these subjects fuelled his imagination so much he would often create little ideas for stories drenched in fantasy & history in his spare time. After studying History & Media Production at A Level he went on to university and did a plethora of subjects which included modules like Film Studies, Marketing & Advertising, English Lan, Editing and Film & Television Production with his core subject being Publishing & Media, Z. Apollo graduated in 2005 and has slowly been making his mark ever since.

Z. Apollo has extensive history in creation and story telling, he spent many years writing, creating & recording music for himself & others being heavily involved with the production and has also directed music videos for him self and others with his meticulous eye for detail.

Z. Apollo has also spent time designing clothes, writing ideas for books & film. He has a great eye for talent & detail and always manages to help the people he works with springboard into other ventures and is often called to creatively direct projects for people, whether it be music videos, fashion styling or written projects.

Z. Apollo loves the art of creation and more recently things seem to have come full circle as he embarked on yet another passion project “Dreambean” a company he formed to bring all of his storytelling to the masses, the first of which would be “Birth Of The Dawnhawk”.

Z. Apollo used his amazing eye for talent to recruit M. J. after posting an ad looking for someone to help bring his project to life and after a few brainstorming meetings, a unique partnership was born.

Z. Apollo is currently developing a fantasy anthology/series of stories from Africa’s greatest civilisations & warriors, as well as working on the sequel to “Birth Of The Dawnhawk”.

A Co-Founder of Critical Tales, M. J. Northwood has taken his years of storytelling experience and gathered it into his latest books.

Regardless of the media format, M. J. Northwood adores telling fresh and exciting stories that plays with the reader’s imagination.

After winning a competition at a younger age, M. J. worked towards creating his first full-length novel under commission. After spending a few years travelling and living in Japan, he delivered his first book in partnership, The Birth of the Dawnhawk.