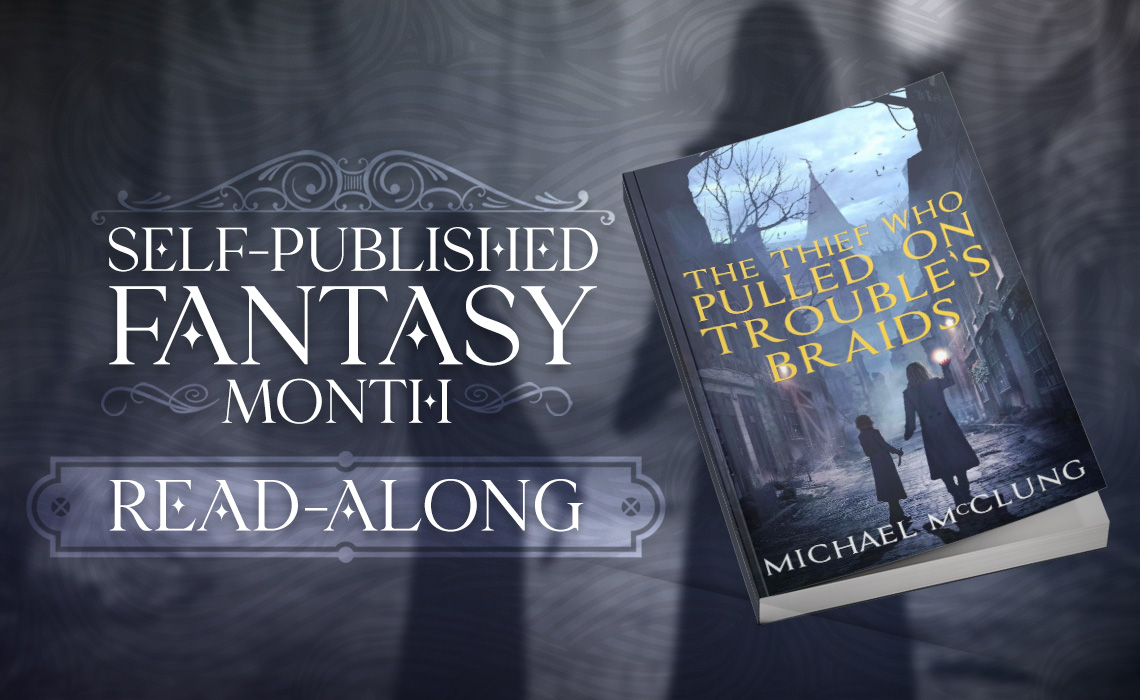 Hey there, everyone! This year we’ll be hosting a read-along featuring none other than SPFBO’s first winning book The Thief Who Pulled On Trouble’s Braids by Michael McClung! I’ve personally read this one, and I think it’s a great read for those who are looking for a quick, enjoyable, and entertaining tale of thieving, mystery, and magic.

In addition to reading a great book, those that participate in our weekly discussions will be in the running for one physical copy of Pulled Spat Knocked: The Amra Thetys Omnibus 1 courtesy of Michael himself! This omnibus contains the first three novels in his Amra Thetys series. Yep, you read that correctly – THREE BOOKS! The winner will be randomly selected, so be sure to check in and share your thoughts.

Check it out on
Goodreads

Amra Thetys lives by two simple rules—take care of business, and never let it get personal. Thieves don’t last long in Lucernis otherwise. But when a fellow rogue and good friend is butchered on the street in a deal gone wrong, she turns her back on burglary and goes after something more precious than treasure: Revenge.

Revenge, however, might be hard to come by. A nightmare assortment of enemies, including an immortal assassin and a mad sorcerer, believe Amra is in possession of The Blade That Whispers Hate—the legendary, powerful artifact her friend was murdered for—and they’ll do anything to take it from her. Trouble is, Amra hasn’t got the least clue where the Blade might be.

She needs to find the Blade, and soon, or she’ll be joining her colleague in a cold grave instead of avenging his death. Time is running out for the small, scarred thief.

We’ll be breaking this book into four chunks, and having weekly discussions over on Goodreads. Head on over to the Self-Published Fantasy Month Group and join in on the fun. We hope to see you there!

4 members
Self-Published Fantasy Month is a month-long celebration highlighting the best of what the self-published fantasy community has to offer. We’re a bunch of bloggers and podcasters hoping other reviewers, bloggers, podcasters, bookstagrammers, and vloggers to join us as we spotlight fantastic indie authors and their incredible works.

Books we plan to read

The Thief Who Pulled on Trouble’s Braids
by Michael McClung
Start date: September 1, 2020

View this group on Goodreads »