The SPFM team was asked recently if we had any recommendations of some favorite books for readers who don’t have any experience with self-published fantasy. Basically the question was, “I’ve never read self-published fantasy, can you give me some suggestions for September?” We considered it and thought it might be a good idea to throw up a list because let’s face it, if you haven’t read much self-published fantasy you may not have any idea where to start looking for something good. So we each came up with a handful of books we’ve really enjoyed for one reason or another. This is by no means a complete list as each of us could probably double or triple the number of books we’ve offered up here. In fact in preparing this list we all admitted there are a bunch of great books and authors we are leaving out and we feel horrible about it. That being said, we have to start somewhere. So here goes…

We should note that one great place to start looking for some excellent self-published fantasy is to check out the list of Self-Published Blog Off (#SPFBO) winners and finalists. Because let’s face it, if a book made it to the finals of that contest it’s a good bet it’s a great book.

Oh man, there are just too many! The list of great self-pub reads is endless, but here are just a few of my favorites. Each so unique and wonderfully complex, I love these all to pieces. 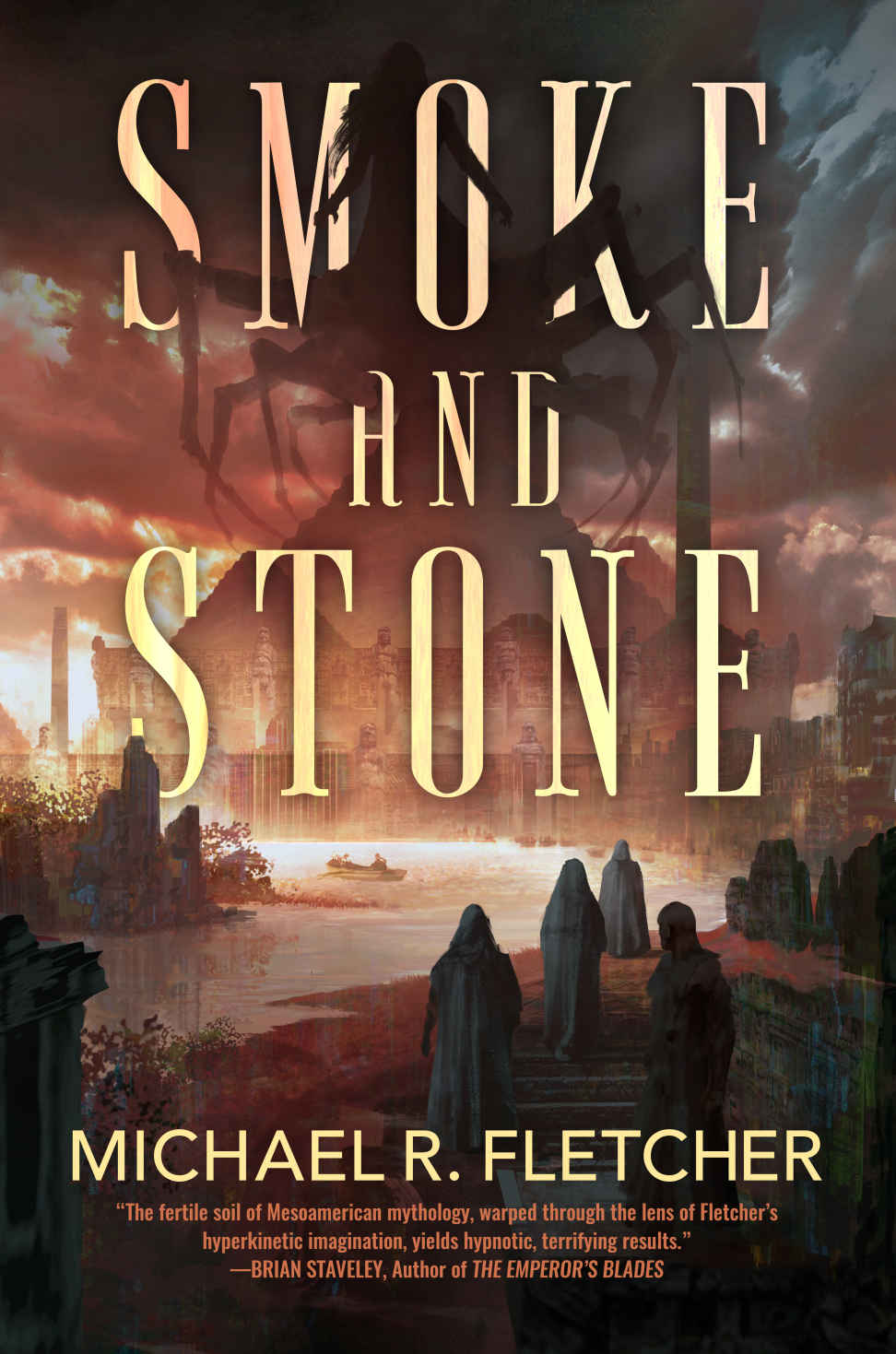 Smoke and Stone is just one of the many books by Michael R. Fletcher that I always shout about from the rooftops every chance I get. Raw and visceral, this imaginative tale is told with such twisted creativity most could only hope to strive for. Tragically flawed and broken characters, impeccable worldbuilding, and an absurd level of immersion, this is a true treat for fans of Grimdark Fantasy. What to expect? Devoted priesthoods and heretical assassins, savage street magic fueled by carefully formulated concoctions of narcotics and divine will, public sacrificial rituals to appease blood-thirsty gods, and so much more.

This book also ticks the box of diverging from the traditional medieval fantasy setting. The world readers are delivered to is rich in history and beliefs evocative of Mesoamerican cultures. It’s dark, it’s bloody, it’s strange, it’s wonderful. If you’re looking for a book that’s thought-provoking, and you’re not afraid to feel the grime under your fingernails, then you can’t go wrong with Smoke and Stone. 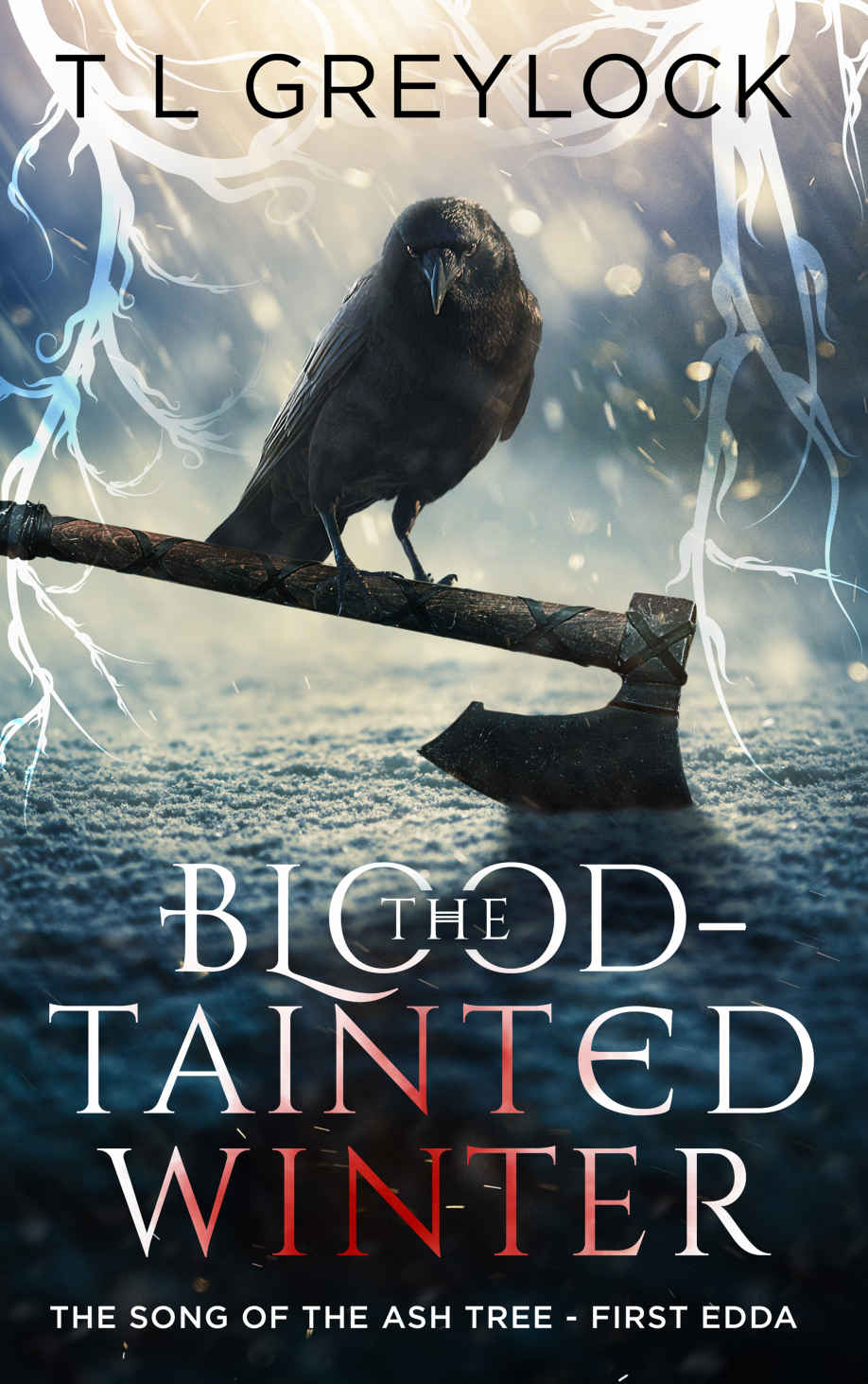 Those that know me know I can’t say no to Norse-inspired fantasy, and one of my favorite series of all time is T L Greylock’s The Song of the Ash Tree, which begins with The Blood-Tainted Winter. Epic Fantasy at it’s finest, this tale is written in such a way that forces readers to forget this is a story written but just a few years ago, rather than a recollection of the sagas of the old gods. It’s impossible to just speak about the first book, because the overarching adventure paved with danger and betrayal, along with its key characters’ evolution, is where this series truly shines. Profound honor, raw strength of both arm and mind, and courage in the face of sorrow and suffering is what you can expect to find within its pages.

The perfect blend of reality and fantastical elements, the threading of Norse mythology to create a unique story involving a fictitious protagonist, yet making it feel as though you’ve read a poem from the Poetic and Prose Eddas is absolutely brilliant and spellbinding. What can I say other than I am in absolute awe of this legendary tale Greylock has weaved, and if you haven’t yet given it a read, you need to. 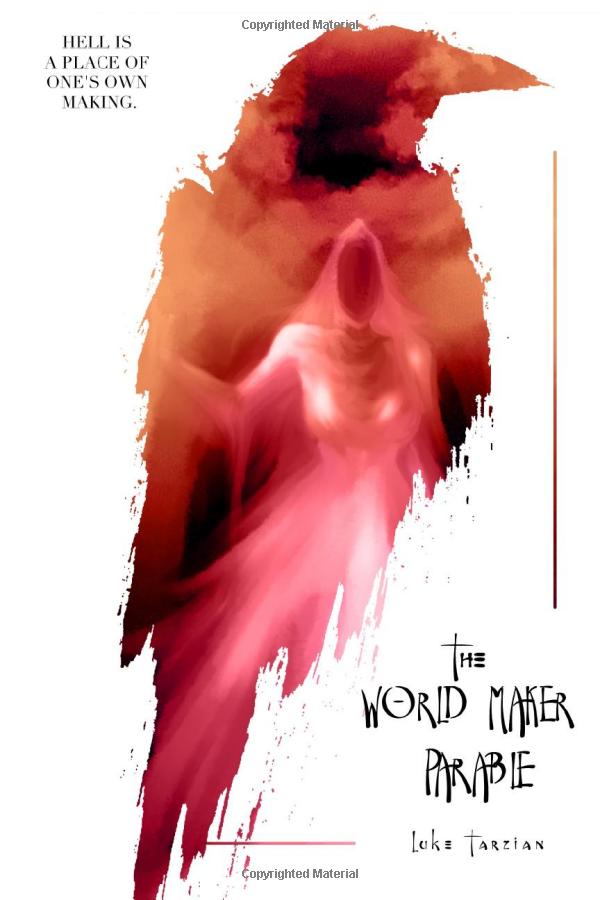 What can I possibly say about The World Maker Parable that gives this story the justice it’s due? This book is the creatively complex and poignant follow-up novella to Luke Tarzian’s Dark Fantasy debut Vultures (which I also highly recommend!), and is a gorgeously mind-bending, emotional journey. Luke’s ability to pay homage to humanity with characters and worlds that are anything but is just astounding. Readers are bombarded with surreal and menacing landscapes dripping with a sense of foreboding, introduced to otherworldly beings with eyes that reflect the endless chasm of the universe and cloaked in majestic wings, and submerged in such beautiful prose – it’s hauntingly beautiful.

The World Maker Parable is just another stunning piece of literature from author Luke Tarzian, where he cracks open his heart and lets his soul blanket the pages. This is definitely not for those looking for a light, airy adventure, but rather for those seeking a challenge. Expect confusion, but know that everything will come together in the most unexpected of ways. I still can’t believe how he managed to pack such a punch with such a small amount of real estate space.

Pursuit of Shadows by JA Andrews

To balance out the above group of dark and grim reads, I’ll add Pursuit of Shadows by JA Andrews to my list of recs. This was my semifinalist during last year’s SPFBO, and it’s the perfect example of a Noblebright tale. Although it portrays an epic journey, the majority of the focus is on its beautifully flawed characters that are attempting to make the world a better place by making an impact beneficial for the majority. Each individual is so finely crafted, but the dynamics between them all is just superb. Engaging, and emotional at just the right times, this book’s refreshingly lighthearted approach to tackling serious concepts allowed it to easily earn its place in my personal feel-good fantasy favorites.

The plot and twists are developed in such a way to drop hints for you to possibly pick up on, and keep the pages flying by at a rapid pace. Splashes of mirthful snark and chill-inducing prose make this a thrilling, stand-out read that is far too difficult to put down. Reminiscent of treasured classics, this story has everything you’d ever need for an entertaining and absorbing fantasy adventure. And it has dragons. 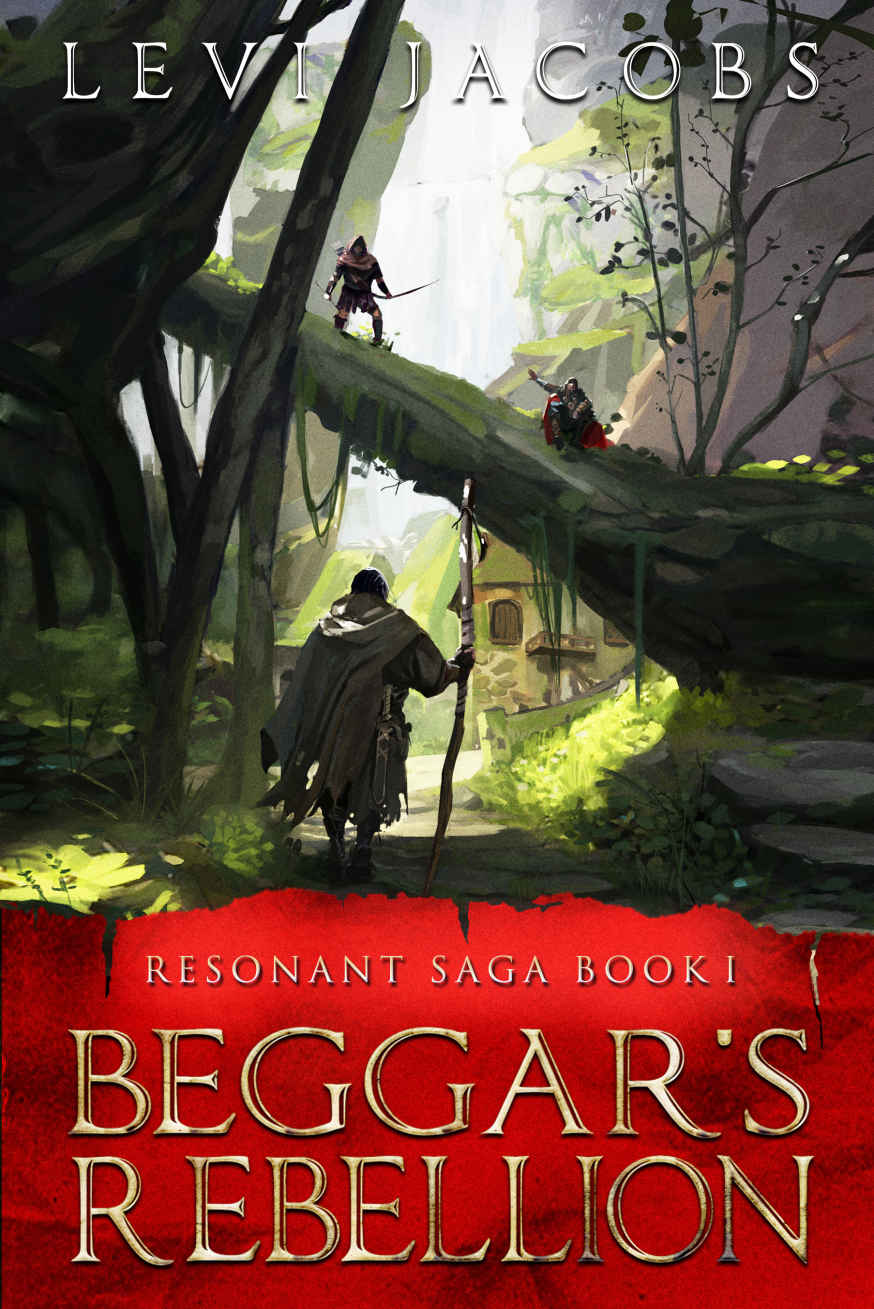 I loved this book. The characters are unique, the action is fun. A few times I wanted to shout “WOLVERINE” while reading it. Plus the magic system is unique. 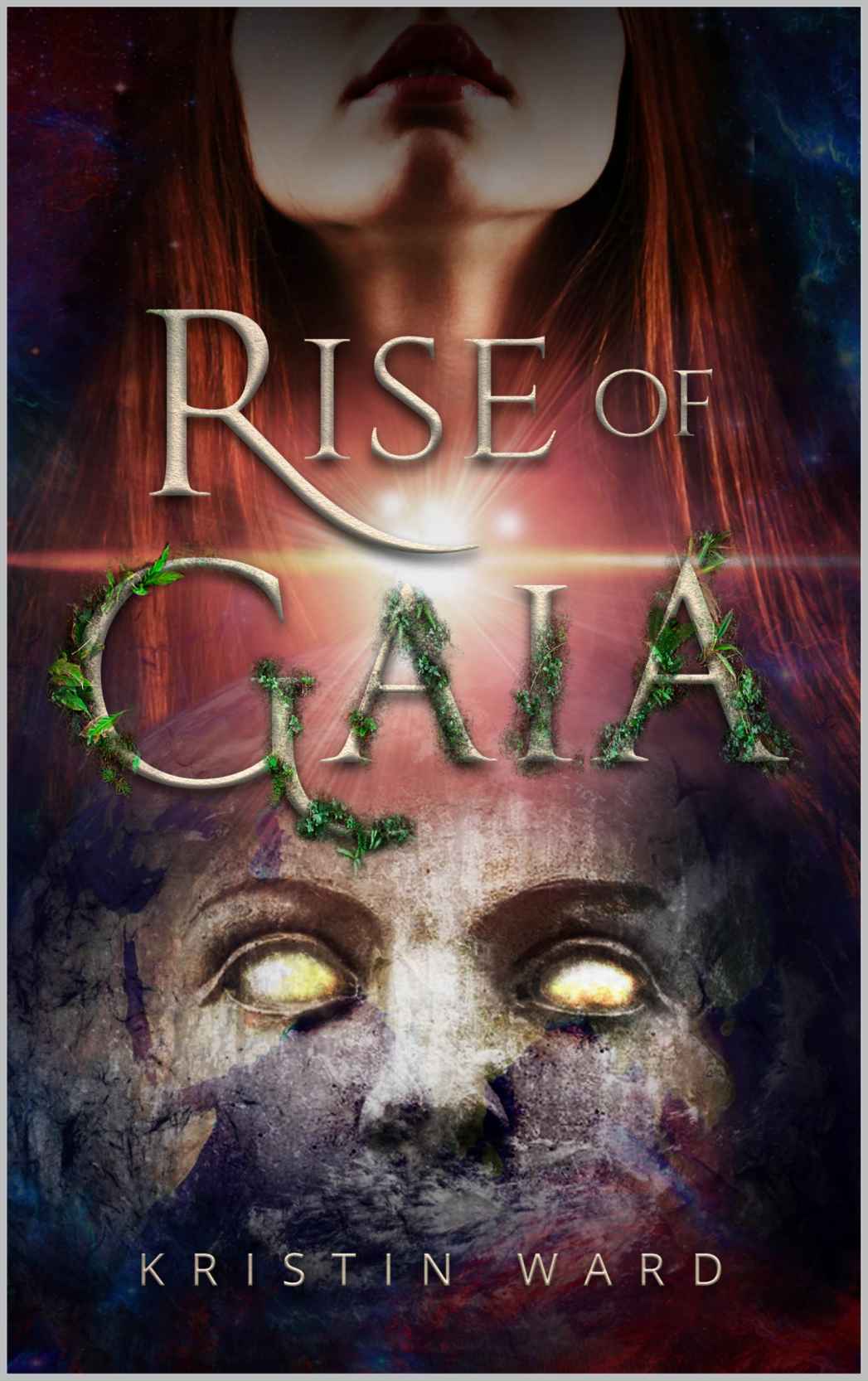 Rise of Gaia by Kristen Ward

Ward writes one of my favorite YA series of recent years. Terran, the main protagonist in this story, is wracked with horrible visions of a destroyed Earth. Terran is a strong young protagonist and with intelligence and humor. There is a lot of enviro-apocalypse books that have come out in recent years, but I think this series is one of the best. 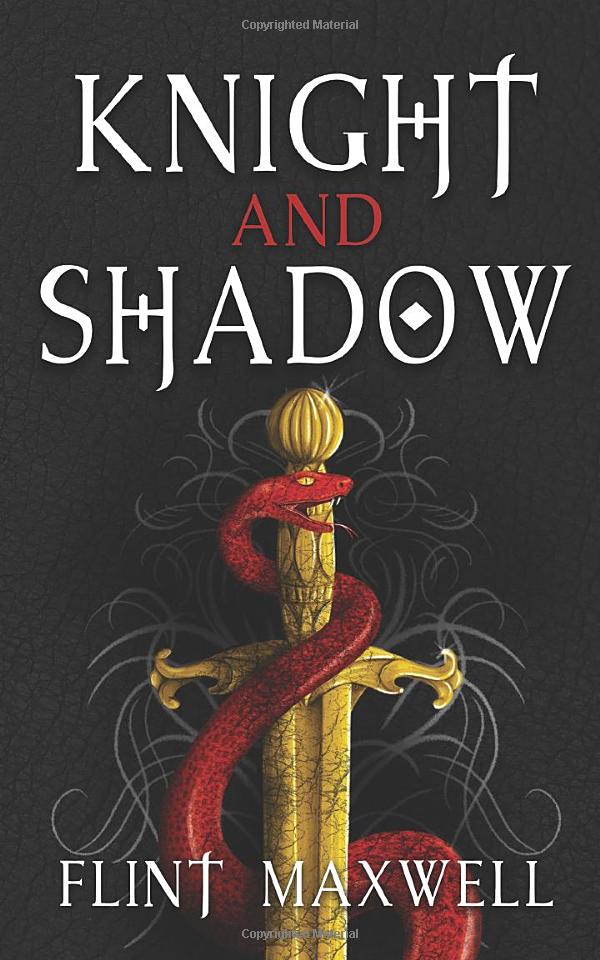 Knight and Shadow by Flint Maxwell

Reading Flint Maxwell’s Knight and Shadow feels like you are reading and paying homage to the wonderful storytelling of Steven King and the classic fantasy hero story. Knight and Shadow is the story of a badass gun knight and a young boy on a quest to find him. 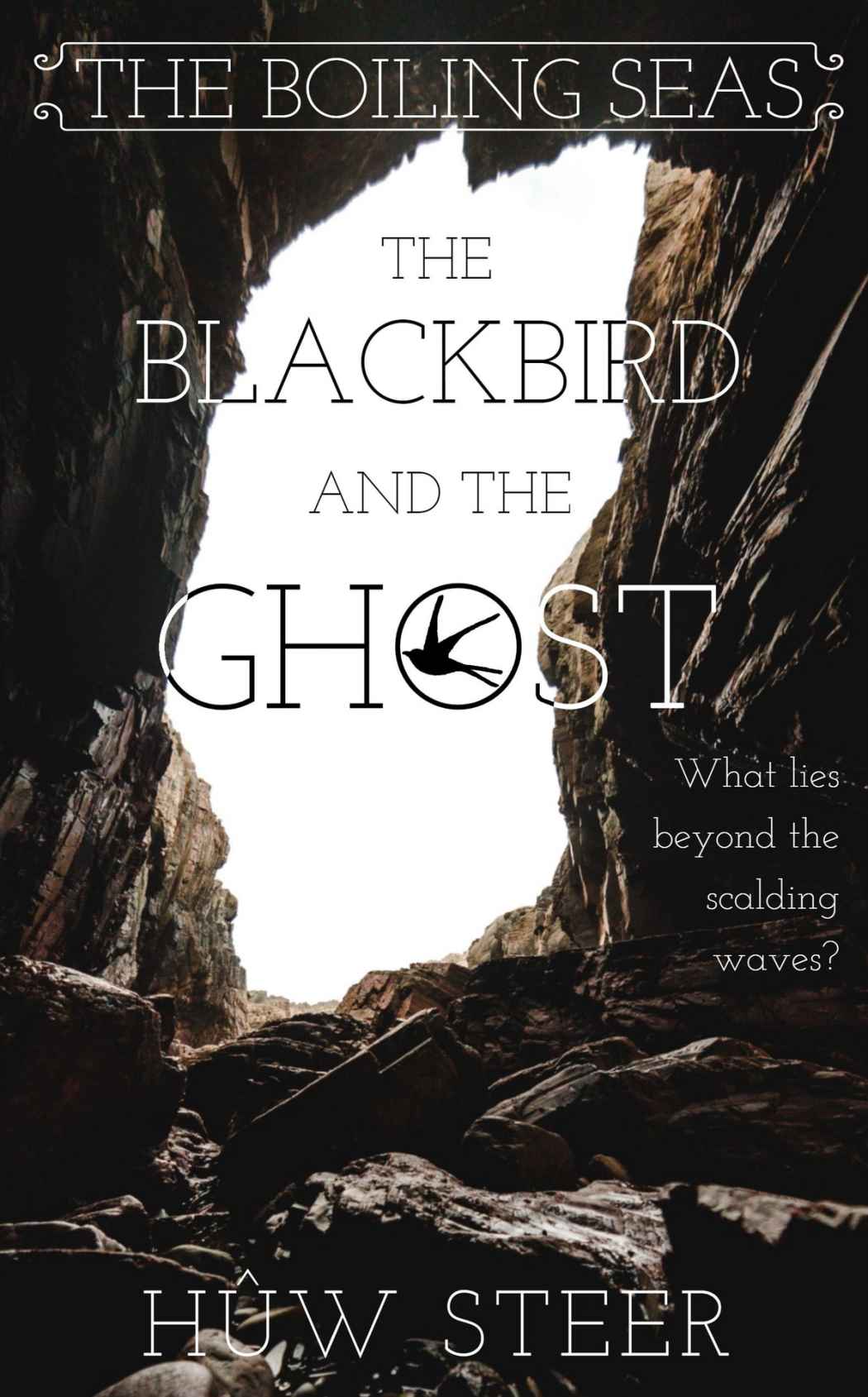 The Blackbird and the Ghost (The Boiling Seas, #1) by Hûw Steer

Indiana Jones with more swagger and a fantasy setting. I mean c’mon!

Coming up with only four self-published fantasy books to recommend is next to impossible for me. There are so many amazing novels out there, narrowing things down to just four is difficult. So, I set myself an extra criterion. These are four books that I think not enough people are talking about, I’ve tried to pick books I think slip under the radar, even in terms of self-published novels. 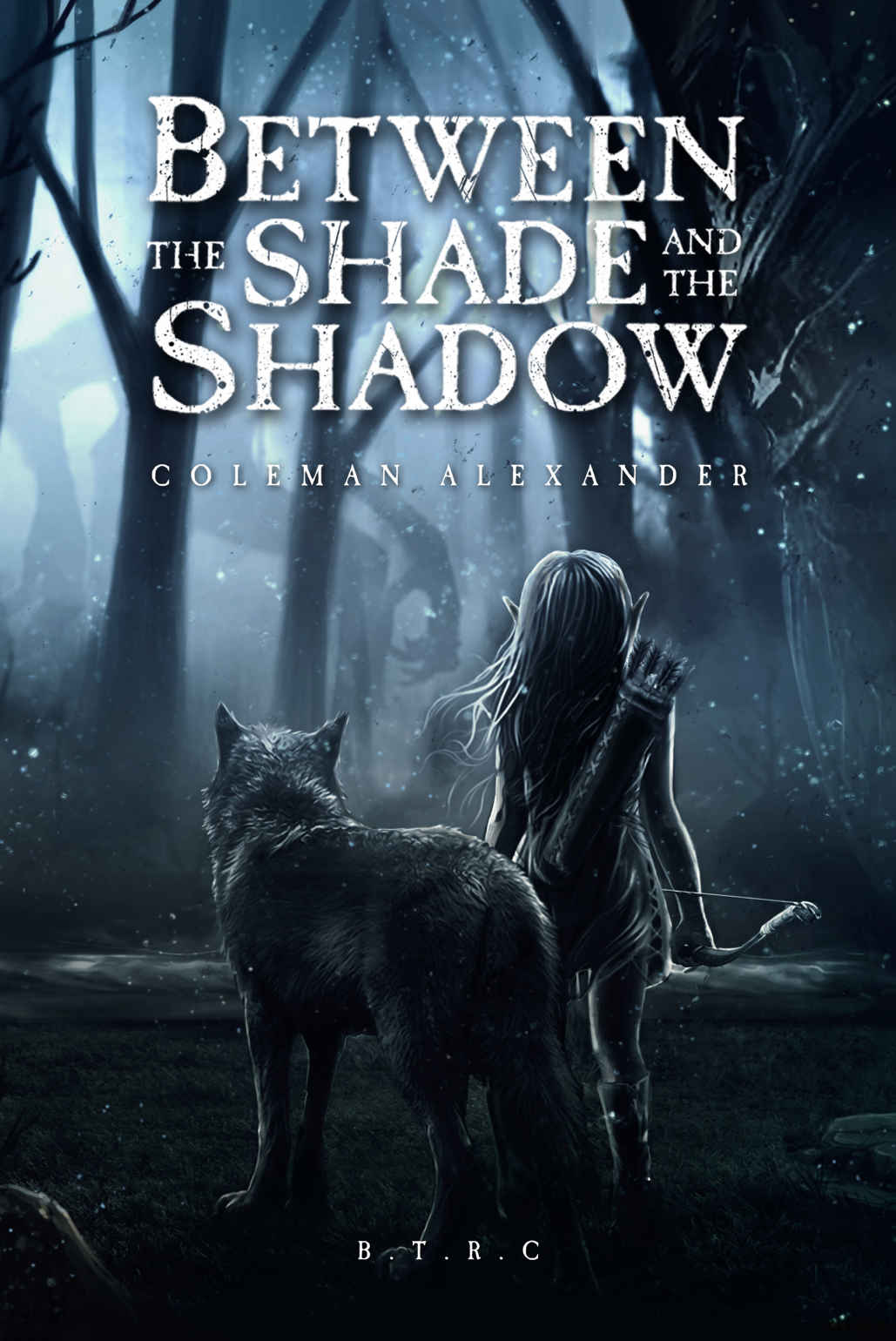 Between the Shade and the Shadow by Coleman Alexander

This was among the first dozen self-published books I read. It’s one of the reasons I became convinced self-published novels were amazing. Alexander does an incredible amount of world building in this story, gives us a main character that is easy to root for, and sprinkles in fun druid-ish magic. Wrap all that in a coming-of-age story and it’s absolutely wonderful. This is one I wish more people were reading, because I want to talk about the world and magic with people! 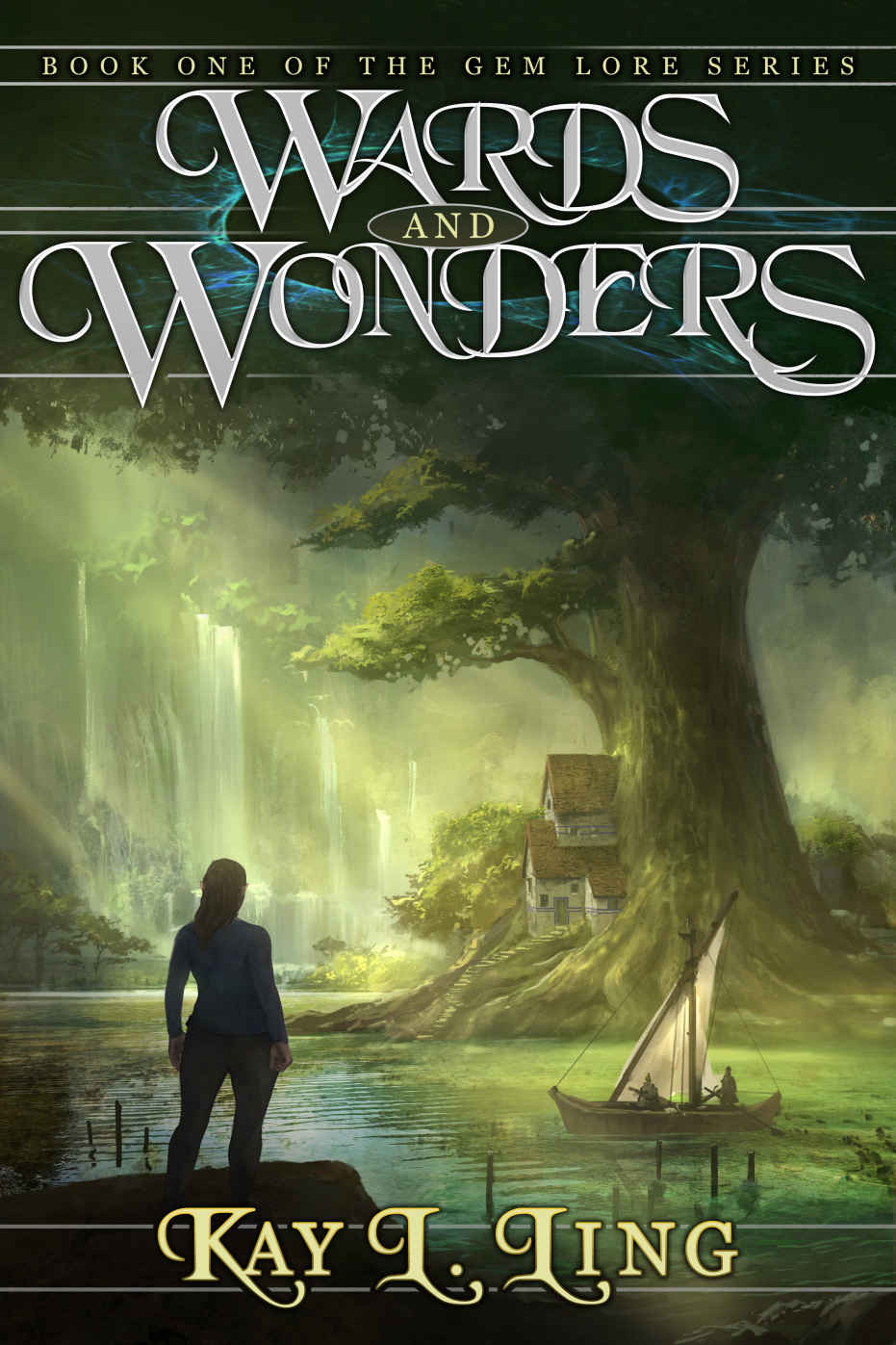 Another of my early reads in the self-pubbed world, Ling’s fantasy is filled with hope. The stakes are certainly high at points, but at heart this is a cozy read that reminds me of hopeful adventure fantasy I used to read when I was younger. There is a really interesting gem-based magic system, and characters that are just genuinely good (albeit imperfect) people. Even writing this recommendation for it makes me want to go back and reread it for the feel good elements. 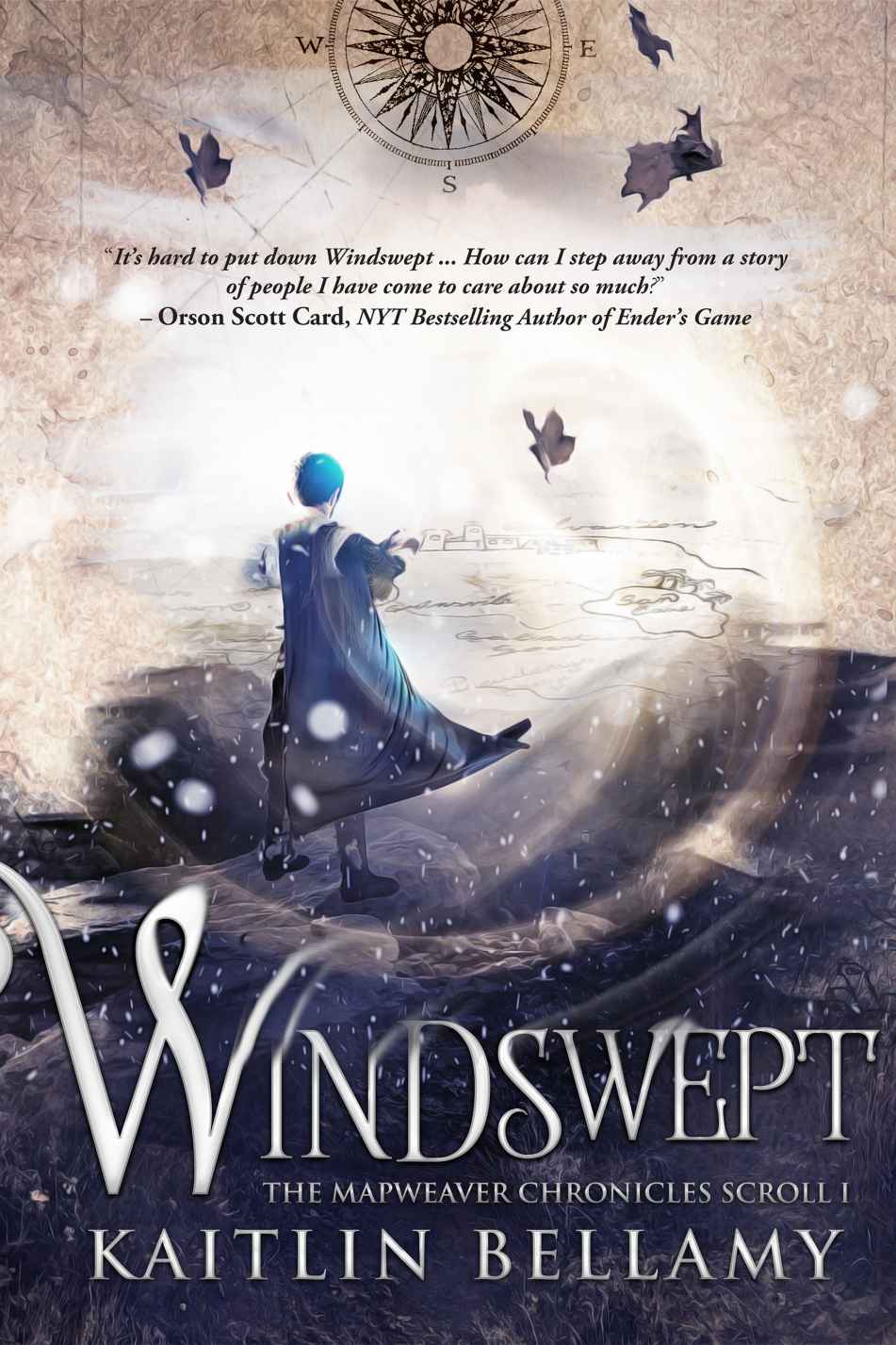 This young adult read was a lot of fun. Cool magic coupled with a coming-of-age tale set in a world that has a wonderful, complex history. Bellamy does a good job of integrating all these various elements, but what she truly excels at is writing believable characters. More than anything, I was impressed by the main character’s arc in this novel. It felt very real, very authentic, and was a ton of fun to read. 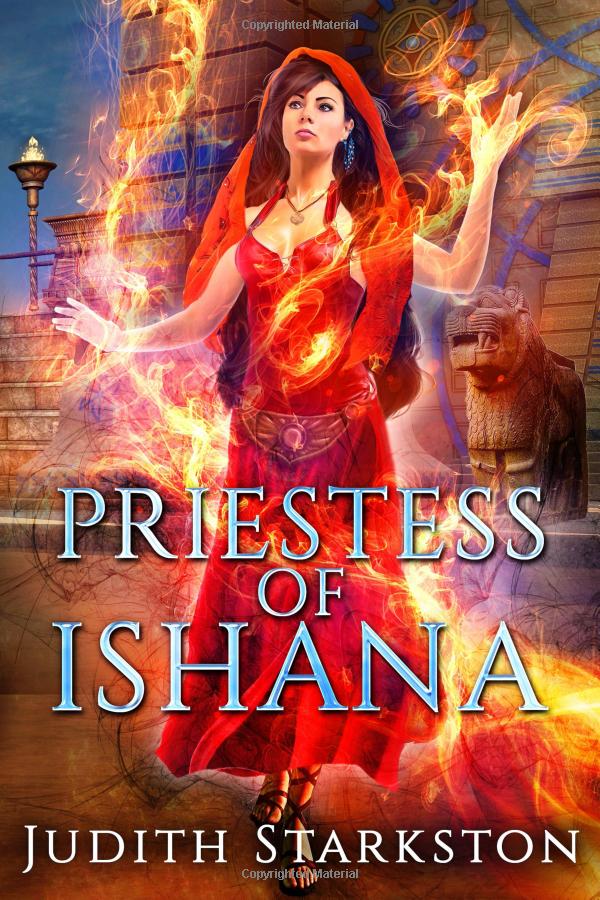 Priestess of Ishana by Judith Starkston

It’s a bronze-age Hittite fantasy! It’s a murder mystery wrapped in a romance wrapped in court intrigue! The plot keeps the pages turning. It’s accurate from an historical perspective while not feeling entirely offensive to modern sensibilities. I thoroughly enjoyed this read, and if you like historical fantasy, have an interest in the bronze age levant, or just want a wonderful, unique fantasy story, give this one a shot.

Like everyone else I had a tough time narrowing my list to four books. For my recs I’ve tried to pick books that were favorites for sure, but also books that might fit into different sub-genres knowing everyone has different tastes in fantasy. 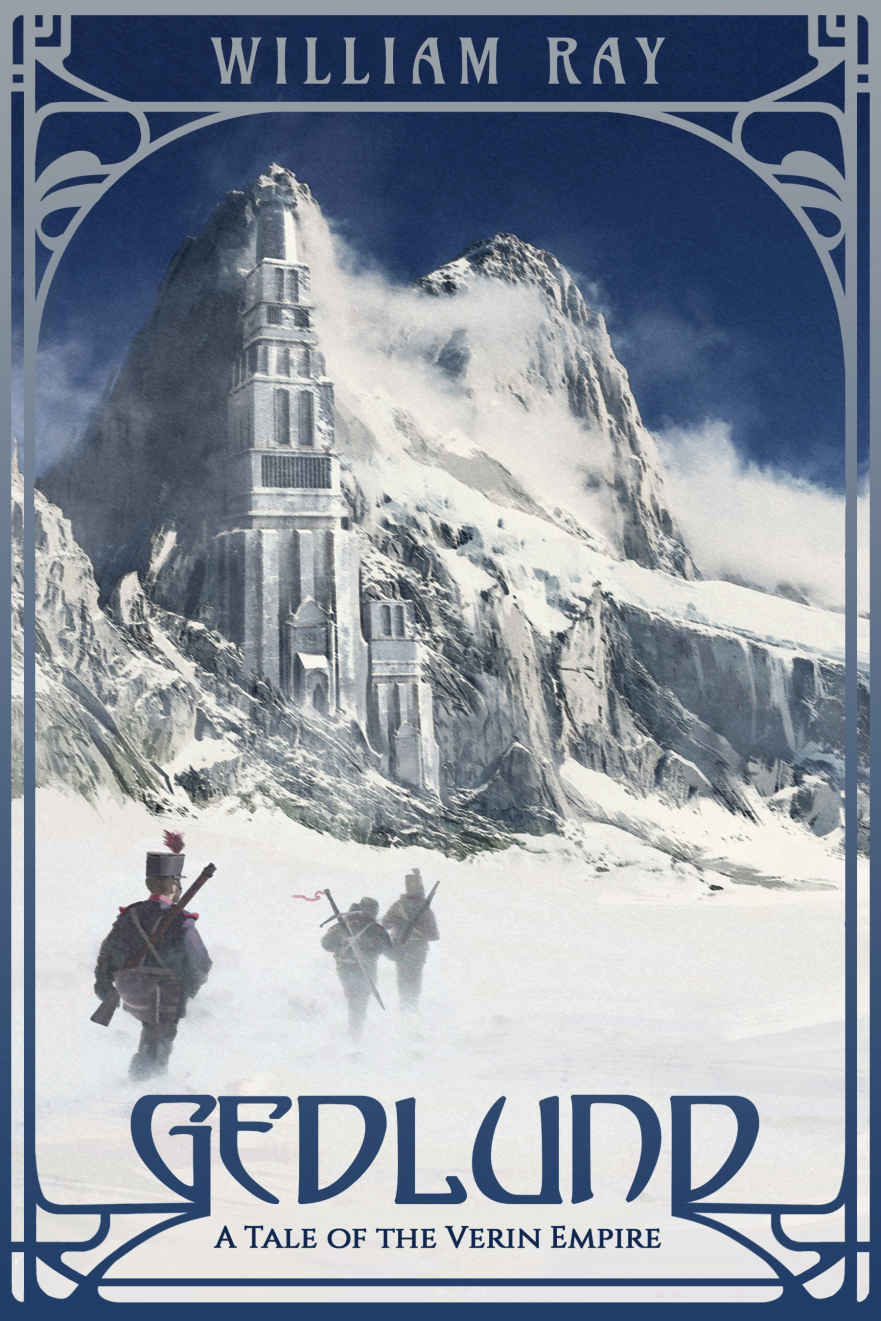 Gedlund: A Tale of The Verin Empire, by William Ray

Black powder weapons, railroads, steamships, spear chucking goblins, zombies, vampire lords, lightning giants and magic. That was a list, not a sentence, but did it get your attention? In Gedlund, William Ray takes blackpowder fantasy and merges it with sword and sorcery. What he produced is a war story set in a fantasy world that seems almost real. You know, except for the goblins and vampires and whatnot. Gedlund is what I consider my gateway book when it comes to self-published fantasy. It was this book that made me realize self-pub could be really, really good. 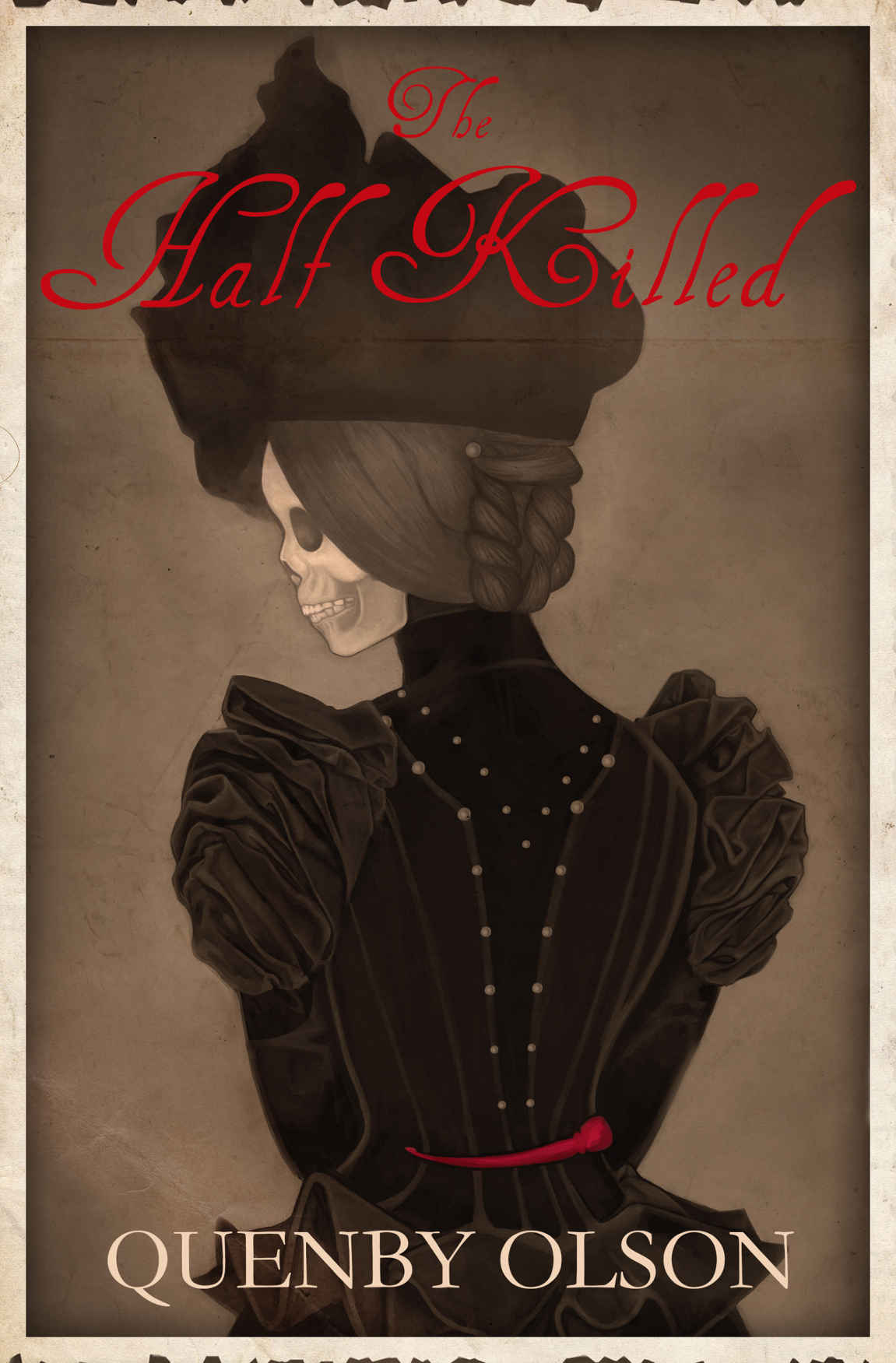 The Half Killed, by Quenby Olson

The Half Killed will seduce you. It will whisper and draw you gently into its pages. Before you know it you’re in its clutches. This isn’t a wanton sexual seduction, all about the eyes and desire. No, this is the kind that entices your mind, playing on your emotions of safety and fear, telling you its going to be all-right while you know for a certainty something evil lurks around the corner but you can’t help but trust and follow into the shadows. It is a dark, intimate, and immersive Victorian horror story that will keep you turning pages. 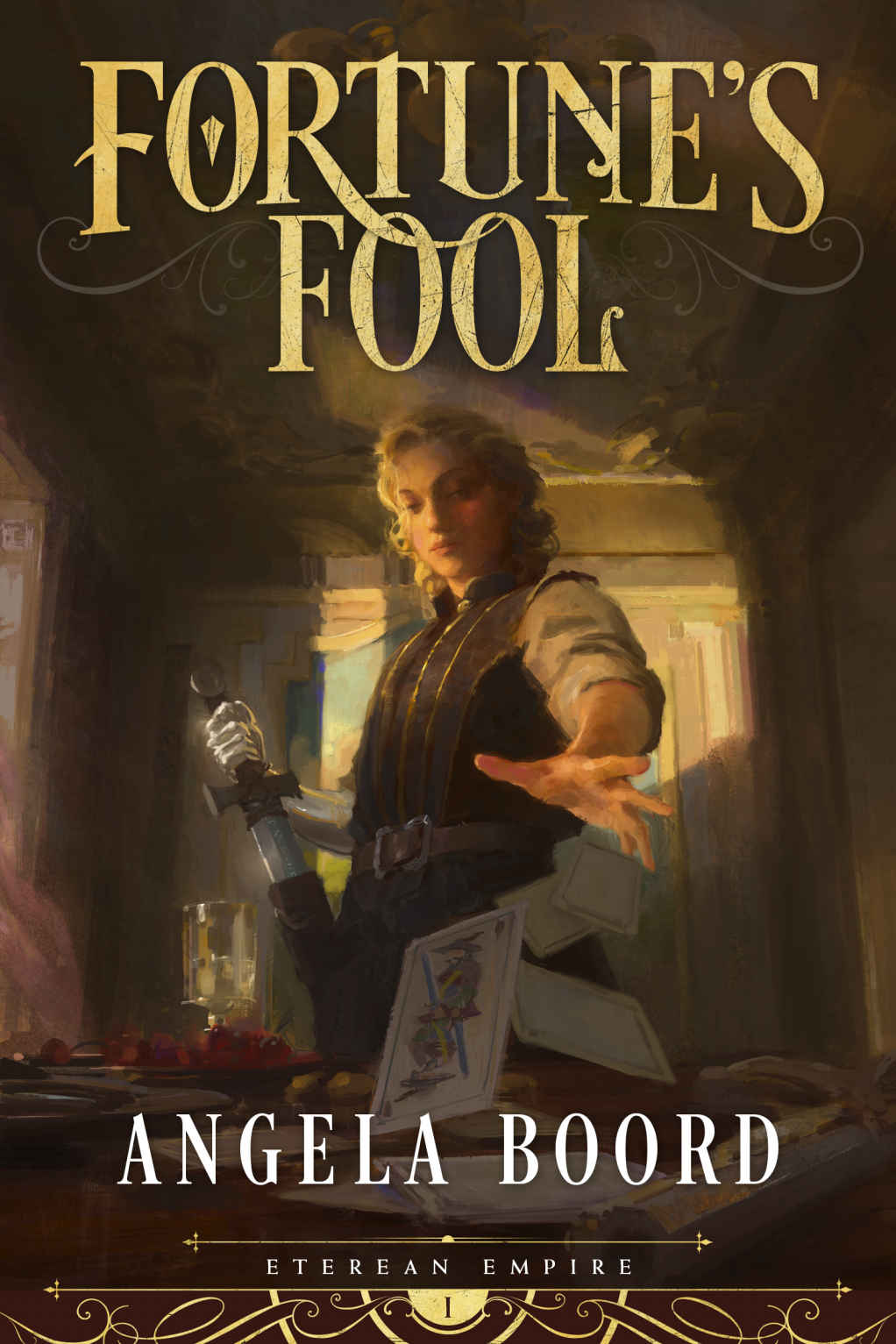 Angela Boord’s Renaissance inspired debut is simply fantastic. A character driven tale of mystery, political intrigue, warring noble houses, and a woman at the center of it all who will stop at nothing until the wrong done to her is avenged. Oh…and did I mention the slow burn romance? Yeah, it has that too. Fortune’s Fool is the book that made me realize that I might enjoy a little light fantasy romance every now and then. 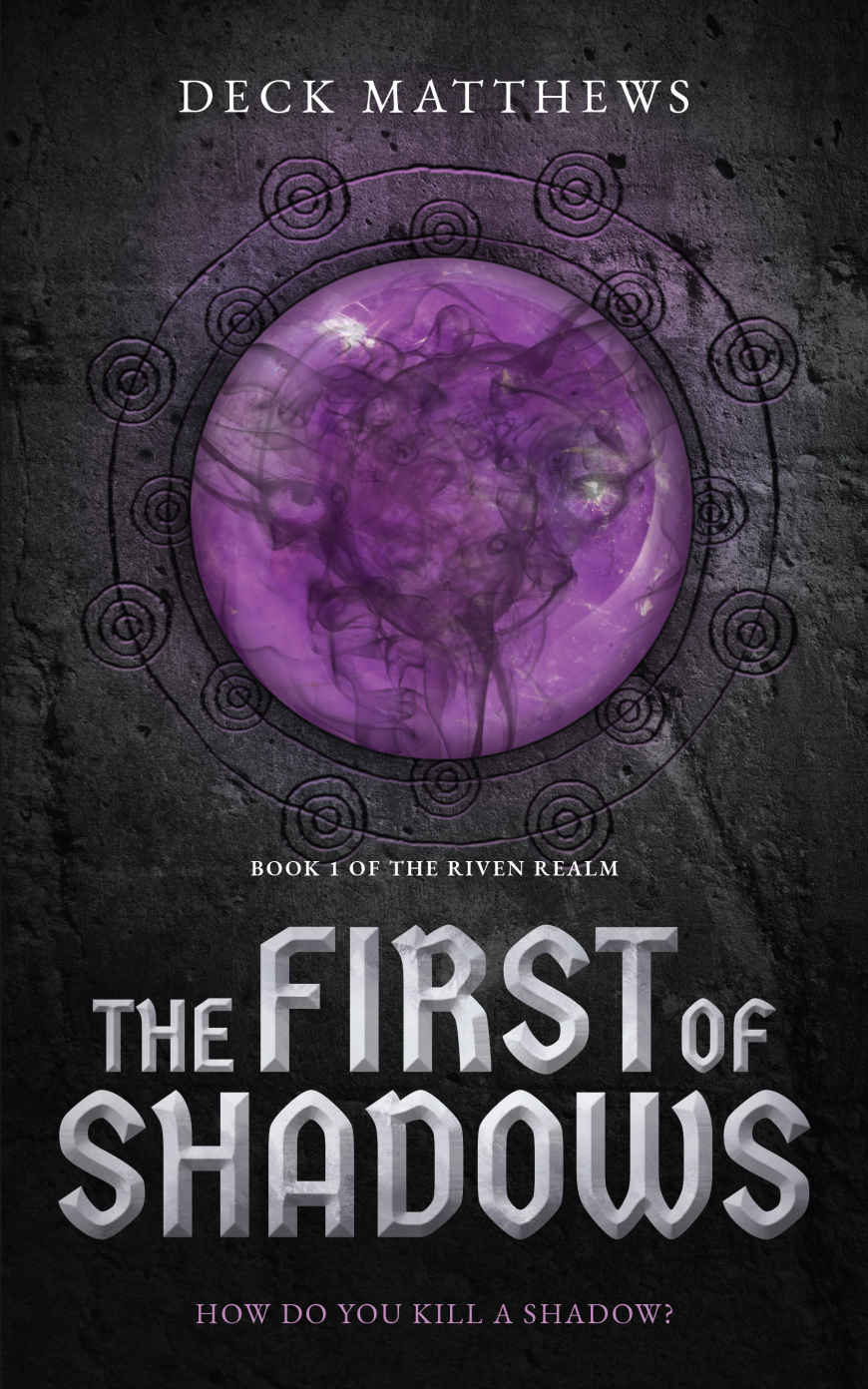 The First of Shadows, by Deck Matthews