When I was faced with a blank page at the beginning of my fantasy series, I didn’t know what it would become in its completed form. I knew the “A” and the “B” of my story, i.e. where, with whom, it will begin and where it will end, but I didn’t know how this journey, that “Highway to Hell” would actually look.

Having completed the series, I now know my strengths and my weaknesses. Now I know that I am great at writing action scenes, fighting and battles scenes, but not so good at the romantic stuff.

The fight scenes are tricky to write and not easy to work with, mainly because of the complexity of them, of the amount of “moving parts”, but they are so worth it! The actions of your heroes are offset by the actions of assailants, the location and surroundings to keep the track of, yet which play an important part, a dialogue during the fight, which could add a depth to your characters or revealing a backstory.

A tightly written fight scene can influence readers’ perspectives on the characters, enhancing their enjoyment of the story, and is the excellent tool to ramp up the stakes or resolve the conflict.

So, when you write your fighting scenes, first of all, slow the action down in your mind, way down, and then describe it.

Press the “slow” button on the image which plays in your mind. Don’t rush when describing your fight scene. Imagine everyone’s action, everyone’s facial expression, as they dish out or receive blows, imagine your characters’ surroundings, listen to and hear everyone’s heartbeat, as the slowed-down image plays in your mind, and notice every small detail, from a flip of her hair as your character swings underneath a slashing sword to a fat droplet of blood that lands on the ground from a cut of her cheek, because then, your fight scene will emerge with full, bright colours. You don’t need to describe every detail to a reader, but by noticing every detail yourself, you would be able to bring the best and most dramatic moments of that fight to your readers.

Choose your opponent(s) and make sure to write actions of every character involved in that fight.

Make sure to describe actions of every participant involved in your fighting scene. If your book is written from 1st POV of your hero, then write the actions of the hero AND the actions of his opponents, every action your hero sees, hears or senses, while remembering to utilise all five senses. If your character is scared and has decided not to take part, that’s fine too, as long as you’ve mentioned it, noting that “James cowered under the desk, watching the feet and legs in front of his eyes dance”.

Your fight scene could be a “one on one” duel style or one against many brawl, but irrelevant of the chosen set-up, make sure that an action of each character echoes with an answering action, reaction, in another character and that is recorded.

If your assailant advances, taking a step forward, your hero must retreat, either taking a step back or maybe jumping to the side, or salto backwards, landing on top of the bar, whatever his response is, visualise it and then write it down.

If there are a few characters involved in a brawl, make sure you keep tabs on all of them and know the locations of the each one at every moment of the fight, noting that for your readers. The main character could be surrounded by five gang members, swinging his gun from one gangster to another, glancing behind himself, but when the fight explodes, your character should be aware of his surroundings, and as the writer, you should too.

When describing a battle, or a fight, use all five senses.

“War is a terrible trade and it smells”. If you ask anyone who was in a battle, served in a conflict, they will tell you of the cacophony of noises and of the smell surrounding that pain and suffering. So when you write your fight scene, immerse your reader in it by engaging all five sense. Your character must feel the weight of a sword’s hilt in his hand, feel and hear grinding of sand on his teeth, hear the sword’s slicing the air above his head when he is attacked, smell the sour scent of sweat and iron tinge of blood, as well as see his opponent and the surroundings. The better you utilise the five senses in describing your fight scene, the bolder and the more realistic the fighting scene would feel to a reader.

The use of the settings.

This one is important. The surroundings are your stage and it needs to be set. You need to describe it, so readers can feel inside it, and once you’ve set the scene for your readers, you’ve set it up for yourself too. Make sure to use and utilise these settings during the fight for your hero and for his assailants just as anyone would during a fight. Your character could hide behind a trunk of a wide oak tree or jump over a chair in a bar, or maybe dive off a sharp cliff into a running river below, but whatever the settings and surroundings are, imagine them in full, describe all relevant details to your readers and then use them.

If giving your characters weapons, learn how these weapons are called, held and handled.

Of course, at some point there might be a need to write a character fighting his way clumsily out of a bind, using unknown or a never used before weapon, but most of the time, your characters come loaded with their past experiences, knowledge and backstory, so if you’re writing a medieval fantasy for example, make sure to learn the parts of a sword and how that sword could be handled, swung, what would be its reach etc. Or if it’s a contemporary crime thriller you’re writing and your character is “packing”, make sure to check the basic info about that gun: how many rounds it holds, how heavy it feels, the force of a kickback etc.

For example, in the first book, my hero was given a whip to use against her assailant, so I had to read up on the types of whips, how they are handled and as it turned out, it takes hour of practice to learn how to crack a whip correctly, without hurting yourself, so armed with that knowledge, my hero’s first throw of a whip forward had resulted in a cut on her own cheek.

Make sure to watch videos, read up on your weapons – the basic research in this is highly advisable.

Your knowledge will make your fight scene more realistic to readers, enhancing their reading experience, and before long they’ll be calling you “an incredible wordsmith”.

There will be a dialogue in your fight scene, very rarely a fight scene comes with none.

It might be a short (or long, depending on needs of your story) taunting or tearful exchange prior to the explosion of action; it might be clipped and “out of breath” exchange of words in the heat of the fight, as participants exchanging their blows; it might be a short grunt from a looser or a remark from a winner at the end, but more often than not, there will be a dialogue, and as a writer you need to place yourself into your hero’s, and assailants’, mind and write that dialogue following the story and your hero character’s arc.

Be careful of clichés.

That is my a bare-bones version of the advice on writing fight scenes. But if you want more, if you are after detailed explanations with some examples and suggestions, watch this space, as I am in the process of writing a book on guiding writers through the entire process of writing exciting and engaging fighting scenes. 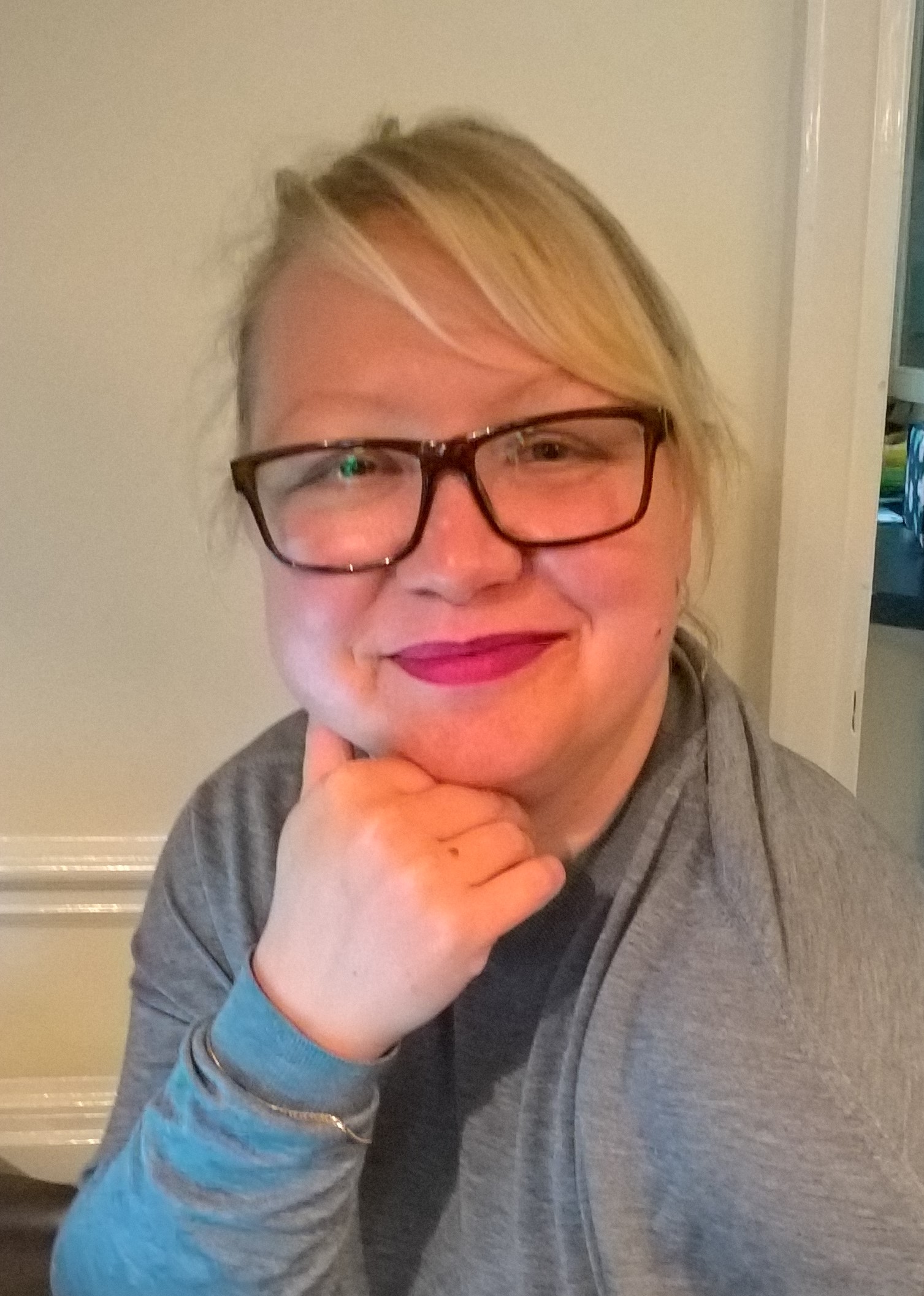 Olga Gibbs lives in a leafy-green town, nestled amongst the green fields of West Sussex, England. She lives with her husband and their two daughters.

She was writing from the age of fifteen, mainly short stories and novellas and was a guest columnist for a local newspaper. When she is not dreaming up new adventures for her imaginary friends, she does outreach work with teenagers.

Enter to win a physical copy of Hallow by Olga Gibbs!
★ International ★